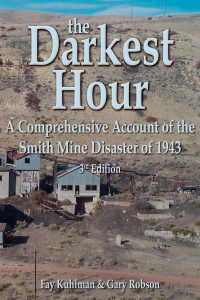 On February 27, 1943, an explosion at Smith Mine #3 in Washoe, MT killed 74 men in the worst mining disaster in Montana’s history. This is the story of the miners, the heroes in the rescue operation, and the communities that were brought close to extinction by the disaster. 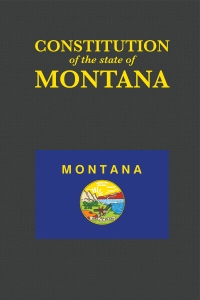 The Constitution of the State of Montana

This handy pocket reference contains the full text of the Montana State Constitution as adopted by the Montana Constitutional Convention on March 22, 1972 and ratified by the citizens of Montana on June 6, 1972 in Referendum No. 68. Whether you’re studying the state government or you just want to read the document upon which all of Montana’s laws rest, this is the guide for you.

The Very Best of the Red Lodge Local Rag

In 1991, Lou Ward started an alternative newspaper in Red Lodge, Montana called the Red Lodge Local, which changed names several times, finally settling on the Local Rag. The final issue came out in December of 2014. Gary Robson, who has owned the Rag since 2007, has gathered the funniest, the localest, the VERY BEST of the Local Rag for this book.

An Early History of Red Lodge, Montana is a concise history of this intriguing town. It starts at the beginning, with the geological prehistory, goes through ice age humans, Plains Indians, the fur trade era, the founding of the city, the mining boom, and through to modern times. This second and revised edition includes editing updates, improved explanations and additional illustrations.